200+ species at risk for which habitat has been protected

A Force for Nature for Almost 60 Years

Formed in 1962 by a small group of avid naturalists and birders, The Nature Conservancy of Canada (NCC) is the country’s leading private land conservation organization. NCC partners with governments at all levels, corporations, individuals, Indigenous communities, and other non-profit organizations, to protect the natural areas that sustain Canada’s plants and wildlife.

NCC recognizes the key role played by the Indigenous communities and Nations to protect the natural areas, plants and wildlife that have sustained them for millennia. NCC will use its capacity, expertise and influence to act as an ally in support of Indigenous-led conservation projects and as a partner in joint initiatives. NCC counts on its team of conservation science professionals to identify, plan and execute the protection of the best of Canada’s natural spaces and then care for them in a sustainable fashion for the long term.

Power Corporation has proudly supported NCC for many years and Mr. Paul Desmarais, Jr., Chairman of Power, served as the National Campaign Co-Chair of NCC’s A Force for Nature campaign from 2007 to 2012. Our Corporation is inspired by NCC’s mission to protect Canada’s most treasured landscapes and create a legacy for future generations

200+ species at risk for which habitat has been protected

“
Let’s work together to build a natural Canada for our children, grandchildren and their grandchildren.
”
John Lounds
Former President and CEO
Nature Conservancy of Canada

See videos from the Nature Conservancy of Canada on YouTube. 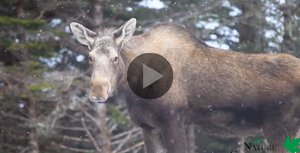